More often than not, we see adaptive reuse projects popping up. The adaptation and repurposing of materials and elements is quickly becoming a prominent theme in many ‘new’ projects, with an architect’s expertise on display as we continue our sustainability journey.

Opened in October, Ngununggula, the first gallery in the Southern Highlands, has been in the making for around 35 years. A former barn on the land of former media mogul James Fairfax, the building’s repurposing was overseen by Tonkin Zulaikha Greer. The project – which takes its name from the traditional Gundungurra language for belonging – went from an idea to bricks and mortar within five years. Ngununggula will provide a platform for local and Australian artists to convey their works in a gallery space that holds five exclusive exhibitions a year.

The entire building has been preserved, from the brick walls, wooden roof and ceiling cladding, concrete floors, windows and doors. Steeped in the history of the area, the shed has a twin in Milton Park, contributing to Bowral’s built environment in an entirely new way.

Ngununggula is the brainchild of founder Ben Quilty, who worked with the National Trust of NSW to secure $2.5 million in funding from the NSW government. The remaining funds needed, some $4.5 million to bring the gallery to life, were acquired through fundraising. Quilty sought the expertise of TZG given its know-how in the heritage space, and so the design process began.

The Ngununggula board wanted a space where they could hang or place literally anything. Given the confirmation that the 2025 Archibald Prize winner will be exhibited at the gallery, it is fair to say that this goal has been achieved. Strict humidity controls are a challenge both to preserve works of art and to ensure that the energy bill is not excessive. Brian Zulaikha of TZG says the strict controls administered by the International Council of Museums – Committee for Preservation are a challenge for any construction, let alone that of Ngununggula.

“Integrating the services required for the gallery into a pair of heritage farm buildings, while retaining the heritage fabric and maintaining legibility of past uses, were challenging but rewarding design goals,” he says. 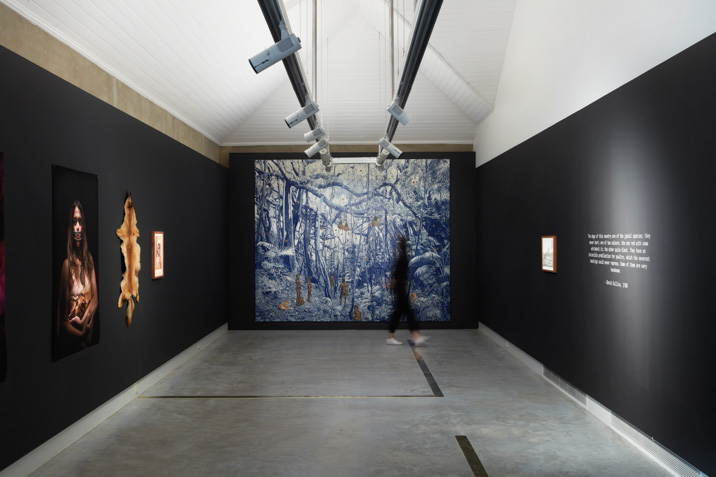 The tonal palette, most of which was already in place, was further developed to ensure the requirements of the various works of art and their qualities.

“The materials are relatively simple; most of it existed – both inside and outside, with the addition of gypsum surfaces on which art can be displayed. These rock walls have been carefully laid out and restrained for example to allow the existing walls to be seen – services are hidden and often channeled behind these gypsum walls,” says Zulaikha.

“I always give primacy to the existing heritage fabric and so the visitor is always aware of the building’s history.”

Ngununggula has four gallery spaces covering the 712 m² of the building, with an additional entrance pavilion and an educational space, as well as a café, Hearth, which showcases the rich local products. The entire space was built over a 12-month period by Richard Crookes Constructions, with Crookes himself now serving on the gallery’s board. 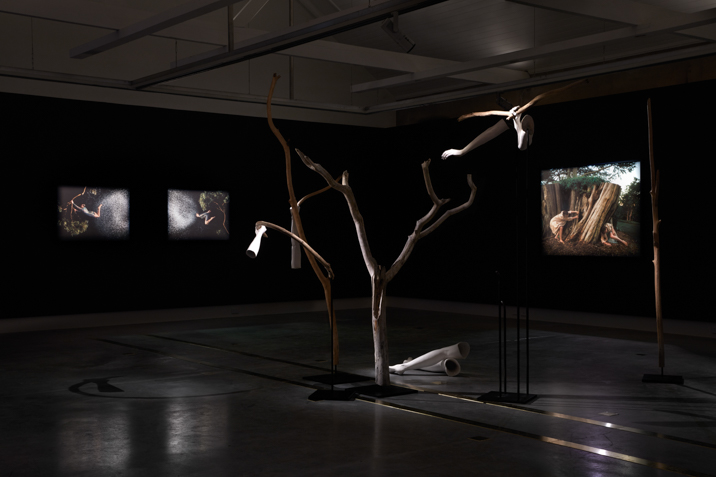 The gallery is currently looking to raise funds for a 99 kW solar field to be placed on the roof, as the gallery is already equipped with the necessary equipment and systems.

With artist-led projects, live events, workshops, artist talks and public programs already underway, Quilty’s dream of celebrating and showcasing art in the region for locals and visitors alike has already happened in one form or another.

“I have been working on the concept of Ngununggula since 2017 and it is so exciting to finally see this realized. We wanted to create a space to bring the community together with art and culture, and give the Southern Highlands a hub for residents and visitors of all ages to access some of the most important artists of our time,” says Quilty. 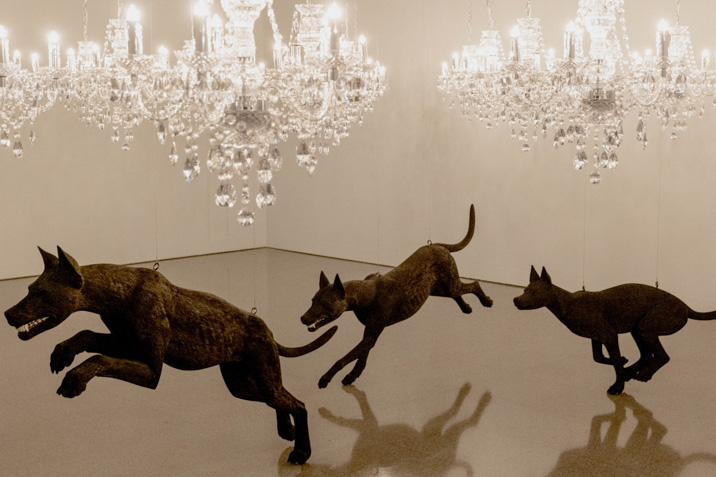 Ngununggula reopens its doors this Saturday, May 28 for its latest exhibition, Land Abounds, by brothers Abdul-Rahman Abdullah and Abdul Abdullah in dialogue with video installations by Tracey Moffatt AO. The works draw on both collective memory and experience, revealing how the representation and perpetuation of culture, knowledge and tradition can be transferred through storytelling.

ohone of the most exciting and recent members of the Design District, Markowicz Fine Arts, has been causing a stir on the Dallas arts scene since arriving in the neighborhood in 2019. Bernard Markowicz also has galleries in Miami, and now in California. Make waves with his latest exhibition, I am not a trophy, Bernard […]

Works of art by members of the art and design faculty of the University of Troy are currently on display at the International Center for the Arts in the exhibition “A walk in the forest”. A reception for the exhibition is scheduled from 6 to 8 p.m., March 31, and the work will be on […]