Created by a collaboration of Indigenous artists including Cedric Varcoe, Amanda Westley, Kyla McHughes, Kevin Kropinyeri and Jamaya Branson – who are all cousins ​​- drawings depicting the the stories of Kondoli, the mighty giant and guardian of fire, and of Ngurunderi, the ancestral creator being, have been sandblasted on the concrete structure of the 600 m long roadway.

“It’s so special and so powerful that we, as cousins, can share this story, that we are the keepers of this story – it makes us proud and strong in our spirit,” said Varcoe.

“We share this story with the wider community, international visitors and those who travel from afar to visit our land and our waters.

“It is so special that this story is ingrained in the infrastructure and when people cross the causeway they will go through thousands and thousands of years of continuous sacred connection and belonging to this land.” 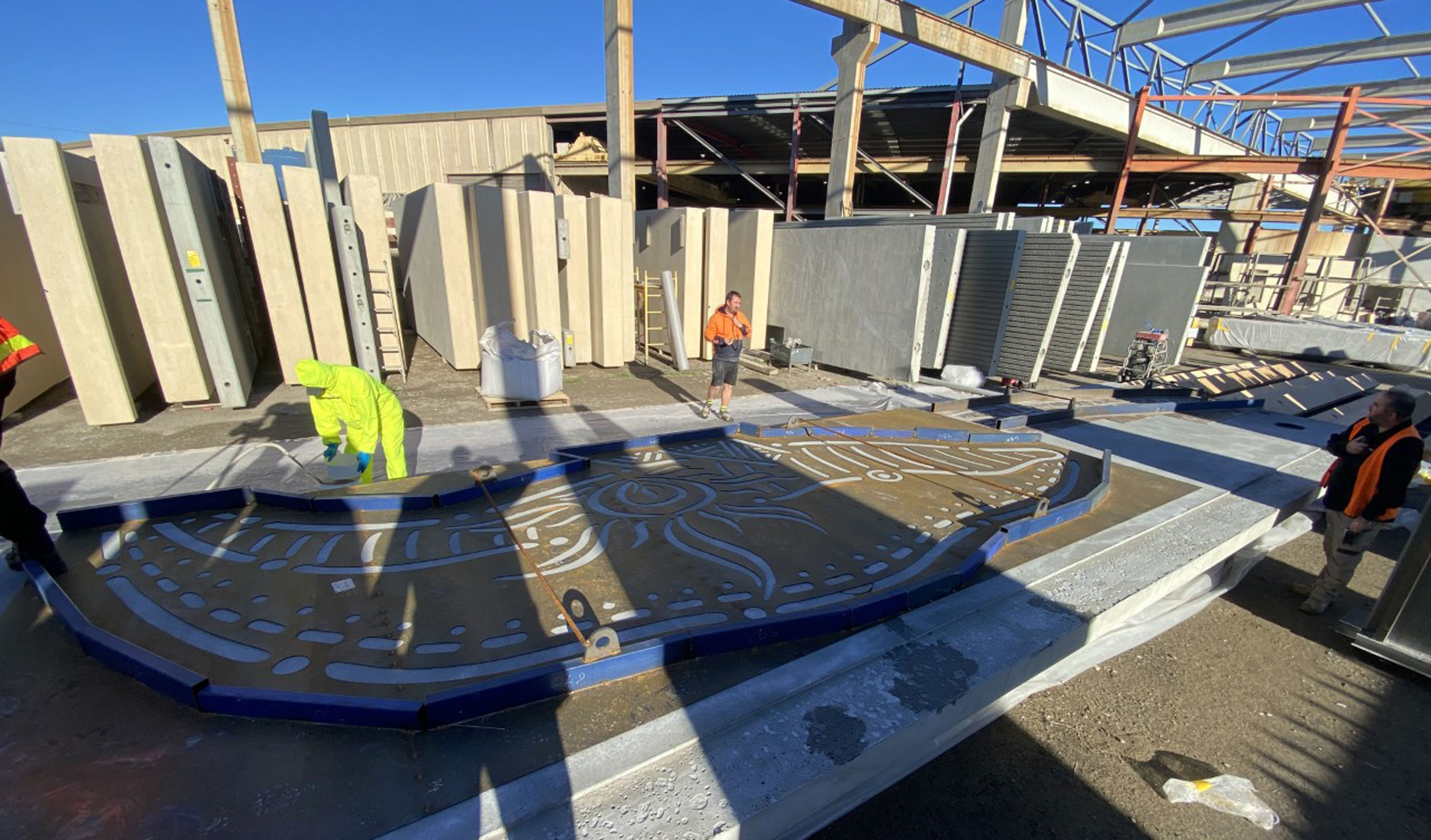 The Ngarrindjeri-Ramindjeri Dreaming designs were sandblasted onto the concrete structure. Photo: provided

Ngurunderi is the story of the great ancestral being Dreamtime whose exploits shaped laws and creatures and created the landscape through the Lakinyerar (Clans) of the Ngarrindjeri nation.

Kondoli Dreaming tells the story of Kondoli, the Whale-Man, who could create fire when he danced and who turned into a whale when he plunged into the sea after being injured by a spear.

“It’s finally time for our stories to be heard and shared,” says Varcoe, who lives in Ngarrindjeri-Ramindjeri country, Port Elliot, and is well known for his painting.

“I had the chance to grow up with elders and to share this story of Ngurunderi and Kondoli, and to share about our Ramindjeri community, which has really fascinated me now as an artist to represent our history and our bond. with the country. 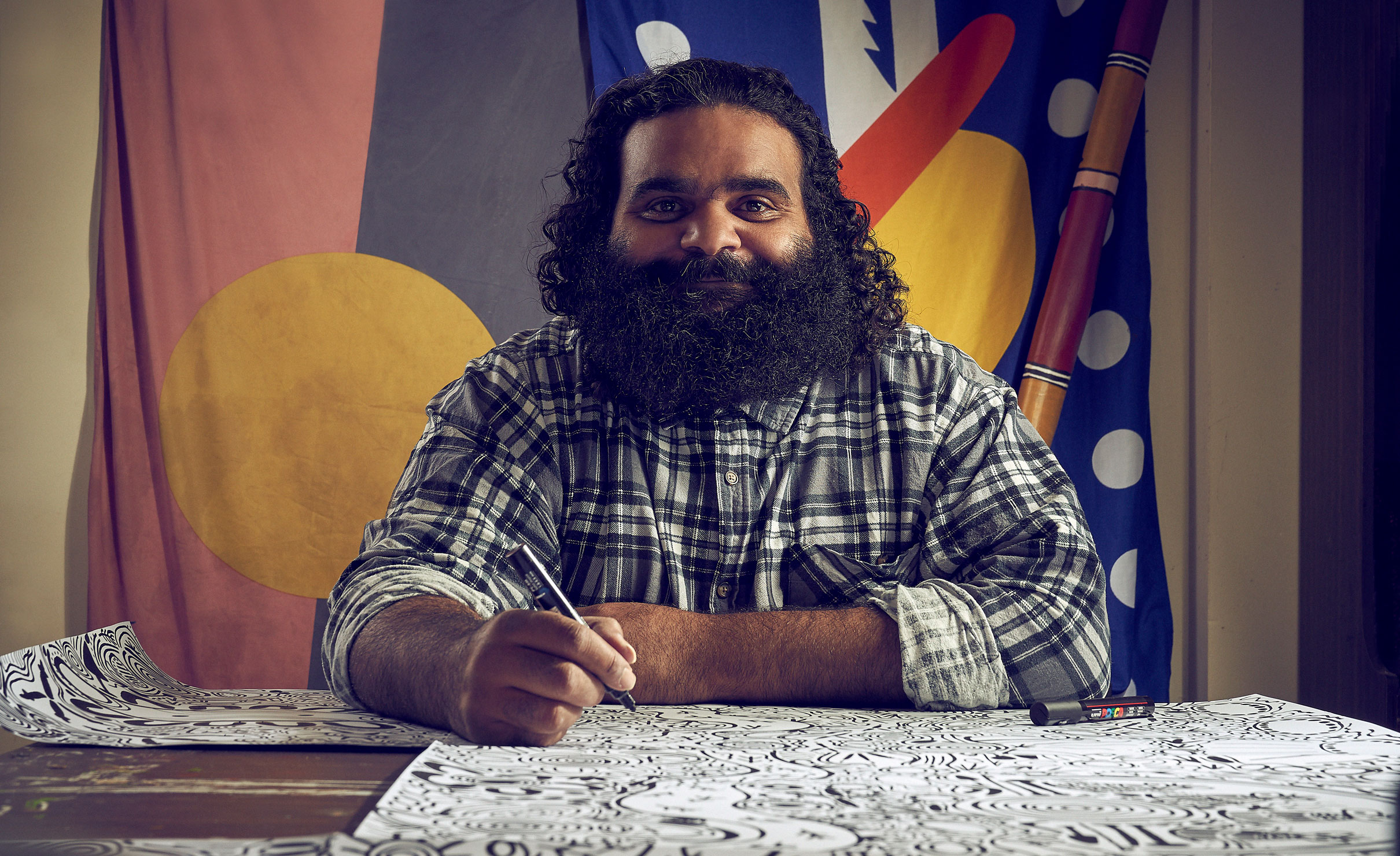 Amanda Westley shares similar sentiments: “I paint nothing other than the stories of the land of Ngarrindjeri and Ngarrindjeri,” she says. “When I started I painted just for fun, for myself, and I didn’t share it with anyone – it was all about my personal identity. “

Amanda’s grandmother was part of the stolen generation, so she says she and her mother grew up with no culture or language.

“Finding your culture is a very difficult journey, but it is very rewarding. My mother and her story were definitely a boost in reconnecting with the family, for me, for her and for my children.

“I was not sure or confident that my art would be accepted, then once I learned more about my culture, my family and my language, the confidence I gained from it made me feel proud to share my art.

“It’s one thing to be recognized and accepted by your community, but being accepted by my elders was very important to me. I know who I am now. 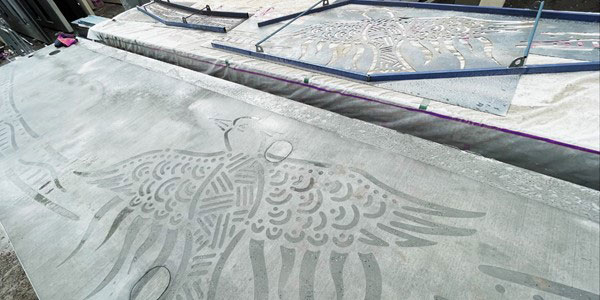 This Granite Island causeway project opened up more opportunities for the cousins ​​to work together in the future, with the Goolwa dock next on the agenda.

“Once you open your mind and heart to it, you will connect with it and feel a passion to care for it, care for it and not damage it. “

The opening of the new causeway to the public this week is not only the first time visitors see these remarkable stories embedded on the catwalk, it is also the first opportunity for artists to see them on site.

“I really hope that the play will be adopted by everyone,” says Westley. “I feel like that’s what we need here – there’s such a huge culture here that people just aren’t aware of it. Hope everyone is as excited as I am.

Here you can read more about the stories of Ngurunderi and Kondoli, told by the artists and shared by the Department of Infrastructure and Transport:

Ngurunderi traveled to Ramindjeri country, where he was in pursuit of his two wives who had escaped him. When he heard his women splashing and playing towards Kings Point, Ngurunderi threw his club (Plonggi) in anger, creating what is today known as Longkuwa (The Bluff). Ngurunderi then threw his spear (Kaiki) from the mainland into the sea to create Kaikangk (granite island).

Before traveling to Kangaroo Island, where he joined the Spirit World and became a tuldi (star) of the Milky Way, Ngurunderi traveled to Kaiki and built himself a shelter with rocks. This place is called Pangarri Marti (Umbrella Rock).

Kondoli the Whale-Man was the only person who could create fire when he danced. When he danced, sparks shot from his body and flames from his feet, leaving everyone in awe and in awe of this tall and powerful man.

Some became jealous and wanted the fire for themselves. When he turned his back on her, others stood up and threw spears at him that sank deep into Kondoli’s neck. Flames erupted from the wound of their spears. Kondoli dove into the sea to put out the fire and instantly transformed into a whale.

Kondoli surfaced in Pultung (Victor Harbor) and to this day Kondoli continues to squirt water from his back, reminiscent of his injury.

Increase your impact by doubling your donations

When you agree to make a regular weekly, bi-monthly or tax-deductible monthly donation to InReview, each scheduled donation will be matched by Creative Partnerships Australia. This means you are supporting twice as many InReview articles to order, edit, and publish.

VENICE — It’s the kind of horrible painting that makes you want to look away: that of TitianThe Flaying of Marsyasdepicts a satyr, half-man, half-goat, hanging upside down as he is flayed alive, while a dog laps up his blood and a musician impassively plays the violin. But artist Mary Weatherford wanted to keep looking. […]

The week ahead is filled with coffee, art and design

new in town Deja Brew, a hybrid brewhouse that offers craft beer and brewed coffee, recently opened in Delhi. The lounge, which sources its beer from Delhi’s Ministry of Beer microbrewery, also offers single malts, select wines and cigars. If this conjures up images of a cozy vibe with a tan and brown aesthetic, you’re […]

Photos c/o Axis Communications. The term smart building may seem like a high-tech buzzword or fantasy, but just like smartphones and smart homes, smart buildings have become a modern reality. Integrating new technologies into building design is an art that involves thoughtful planning, the use of data and the specialized expertise of consulting engineers, to […]